Lost & Found is our weekly Wednesday morning round up of articles, mp3’s and videos from around the net. Otherwise known as stuff we wish we had made, but didn’t because we were distracted by a small post-apocalyptic battle for control of the universe.

2012
Never before has a date in history been so significant to so many cultures, so many religions, scientists, and governments. A global cataclysm brings an end to the world and tells of the heroic struggle of the survivors. The book is still out on 2012, mixed reviews are hitting me from every angle, but its got John Cusack in it so bad can it really be?

Li Wei
Li Wei’s action photos depict subjects seemingly unbound by silly things like gravity or the limitations of human strength. Li stages stunts that capture what appear to be moments of serious danger, like a man being kicked off a high rooftop or dangling from a steel beam at a seemingly impossible angle. Li’s methods involve a mix of props, wires, cleverly positioned cameras and acrobatics. More info here 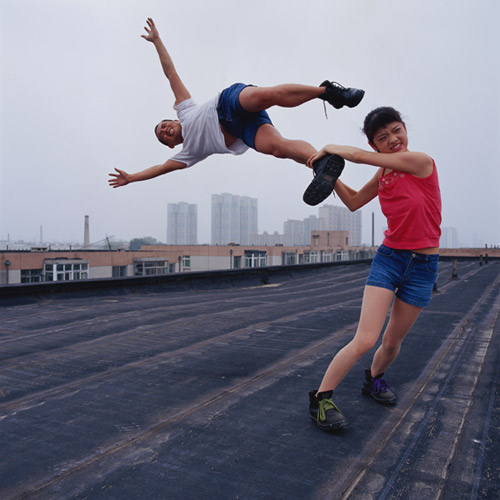 There’s not much to say here – it’s just simply awesome. Tell No One are Luke White and Remi Weekes, two writer/directors who informally…